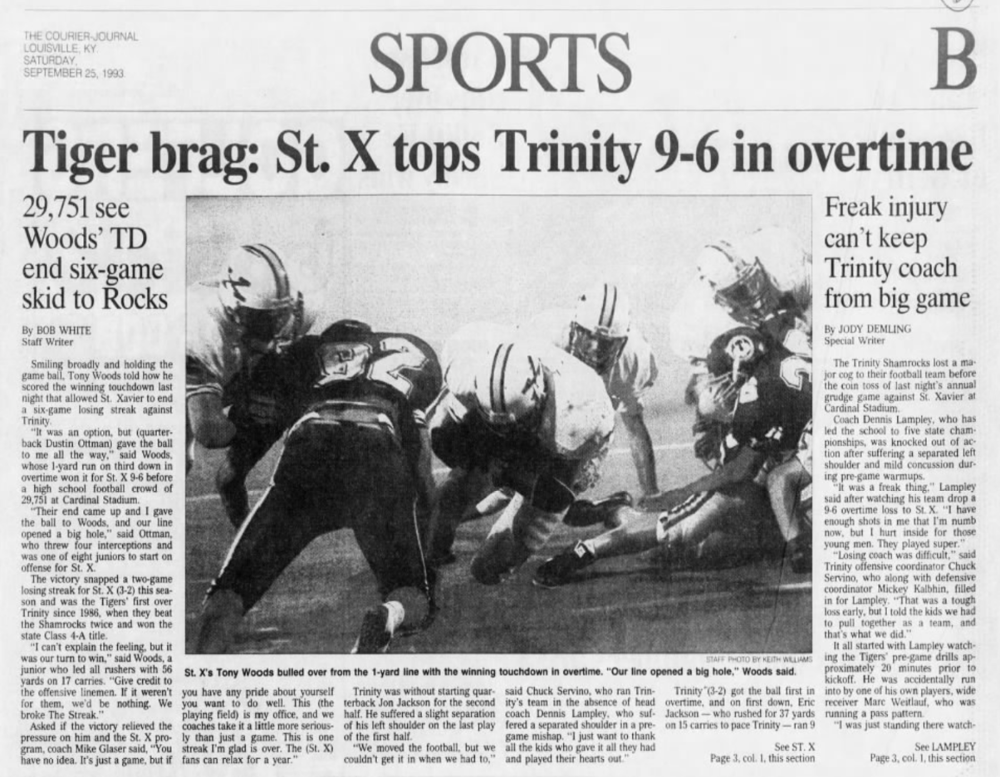 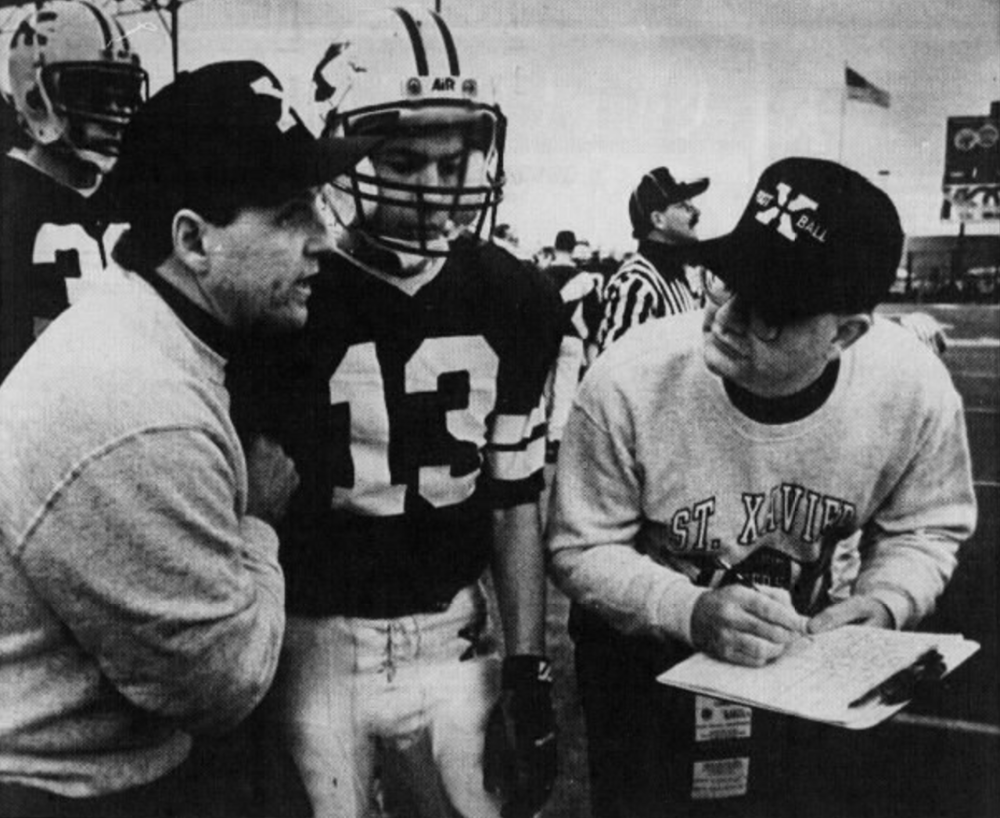 The victory was Glaser’s 119th win with the Tigers, more than any other coach in program history, pulling ahead of Johnny Meihaus who won 118 games at St. X from 1952-68.

Following the victory over the Colts, Glaser had an overall record was 119-33 (.784 winning percentage), including two state championships and one state runner-up finish. #TNG

The Tigers held Seneca to one touchdown in a 33-7 win to claim the program’s 500th victory in the 1993 regular season finale. The Tiger defense forced six turnovers and Tony Woods ran for three touchdowns.

Tendai Charasika, hampered by a sprained ankle from the Male game the week prior, scored the game-winning TD to give St. X the 21-14 win over Trinity in 1994. This marked the 2nd consecutive OT meeting & 3rd overall in the long standing series. #TNG

In 1995 the Tigers blanked Henry Clay 26-0 en route to claiming the program’s tenth state title overall and third in the last 10 years. 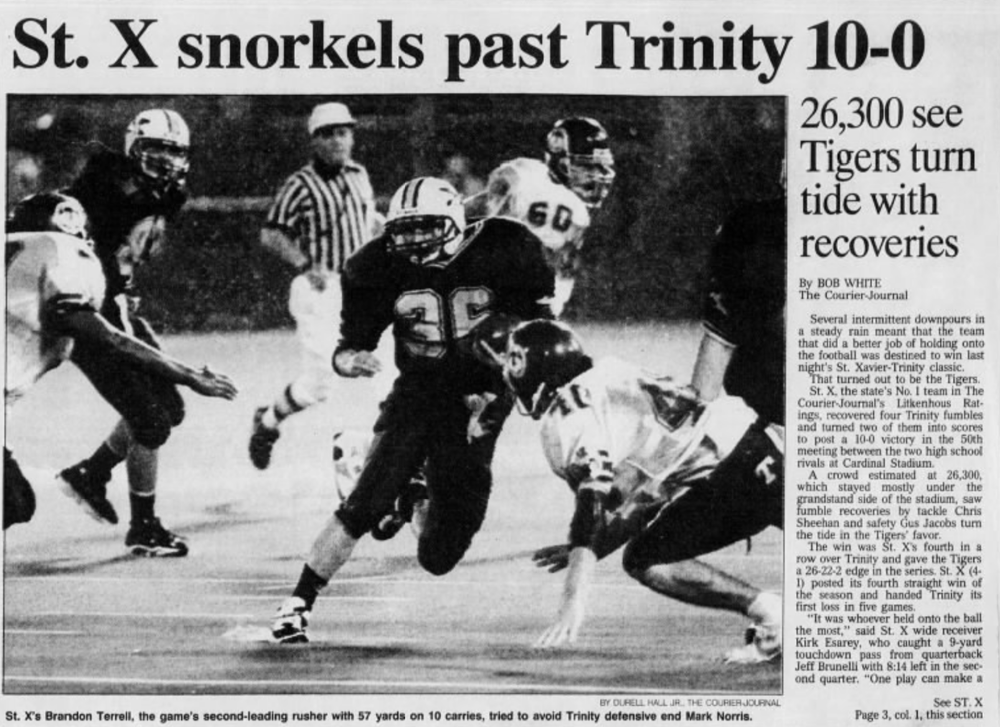 In the night’s steady rain, the No. 1 ranked Tigers capitalized off Trinity turnovers to secure the 10-0 shutout in the 50th meeting between the two schools in 1996.

It was the first downpour in the series since 1979. #TNG

Almost identical to the ’92 title game, three points were all the Tigers needed to claim the 1997 4A state championship.

Ben Bosscher’s 26-yard field goal came late in the third quarter in front of 22,760 fans, the largest crowd to watch a playoff game in the state.

The 3-0 win over Trinity marked the first meeting between the two schools in a state championship game. #TNG

The annual rivalry game has been decided several times by a turnover, including the 1998 matchup.

With Trinity threatening to score, Brice Edeburn intercepted the pass on the St. X two-yard-line.

In the storied history of Saint Xavier Football, the Tiger defense have shutout its opponents a total of 251 times in 1,077 games played. #TNG