Senior Michael Meiners nailed the game-winning field goal in overtime to seal the 16-13 win over Southern in the 1984 season opener and secured the program’s 400th win. #TNG

The 1984 squad ended a five-game losing streak to Trinity by eliminating the defending state champions with an impressive 20-0 upset before a record playoff crowd of 21,612 fans at Cardinal Stadium. 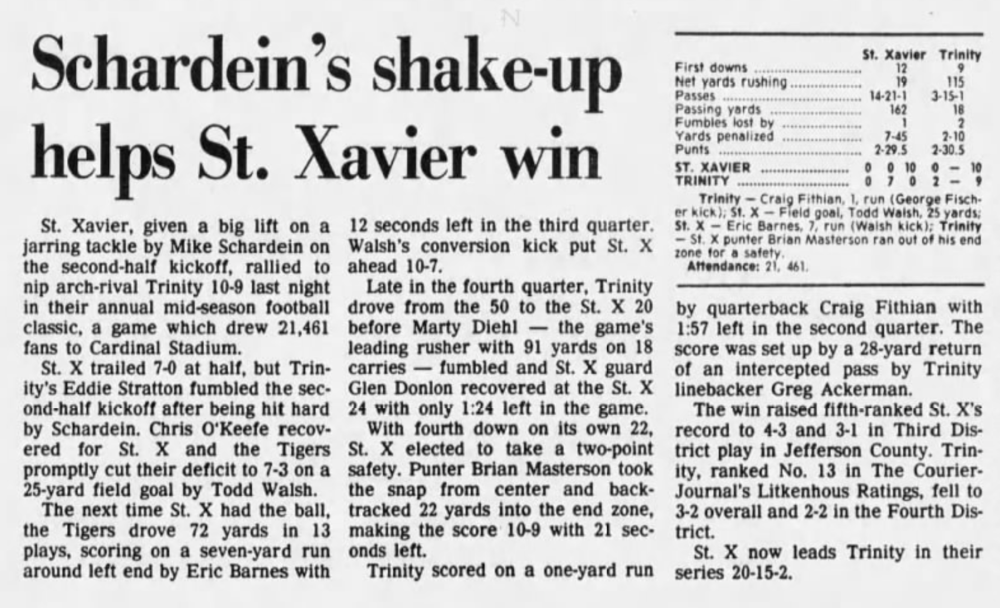 Facing fourth down on its own 22, Coach Glaser opted to take a safety to allow his defense to hold off the Rocks in the final 21 seconds of the 1985 regular season classic. 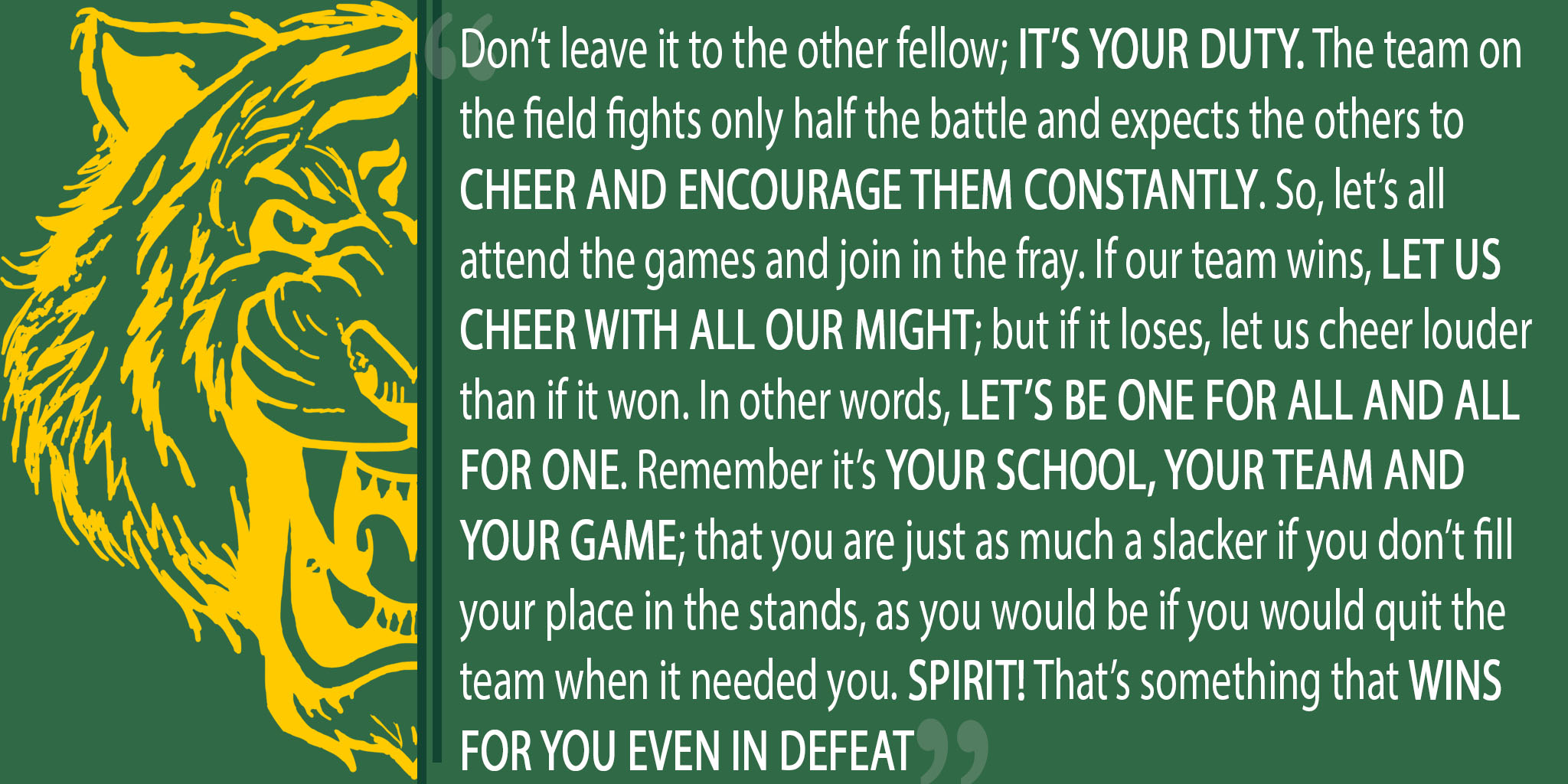 “Let us cheer with all our might…remember it’s your school, your team and your game…” - First edition of the Xavier News, 1946

Never underestimate the power of school spirit, it demonstrates a passion for St. X that is immeasurable and contagious. #TNG

The most points scored by the Tigers in a single game is _____? #TNG

DAY 44 (July 4)The ’86 squad claimed the program’s eighth state championship with a 27-14 win over Boone County. Senior quarterback Jeff Houk finished the four-game playoffs with 478 yards on 71 carries, including 201 yards in the title game. #TNG 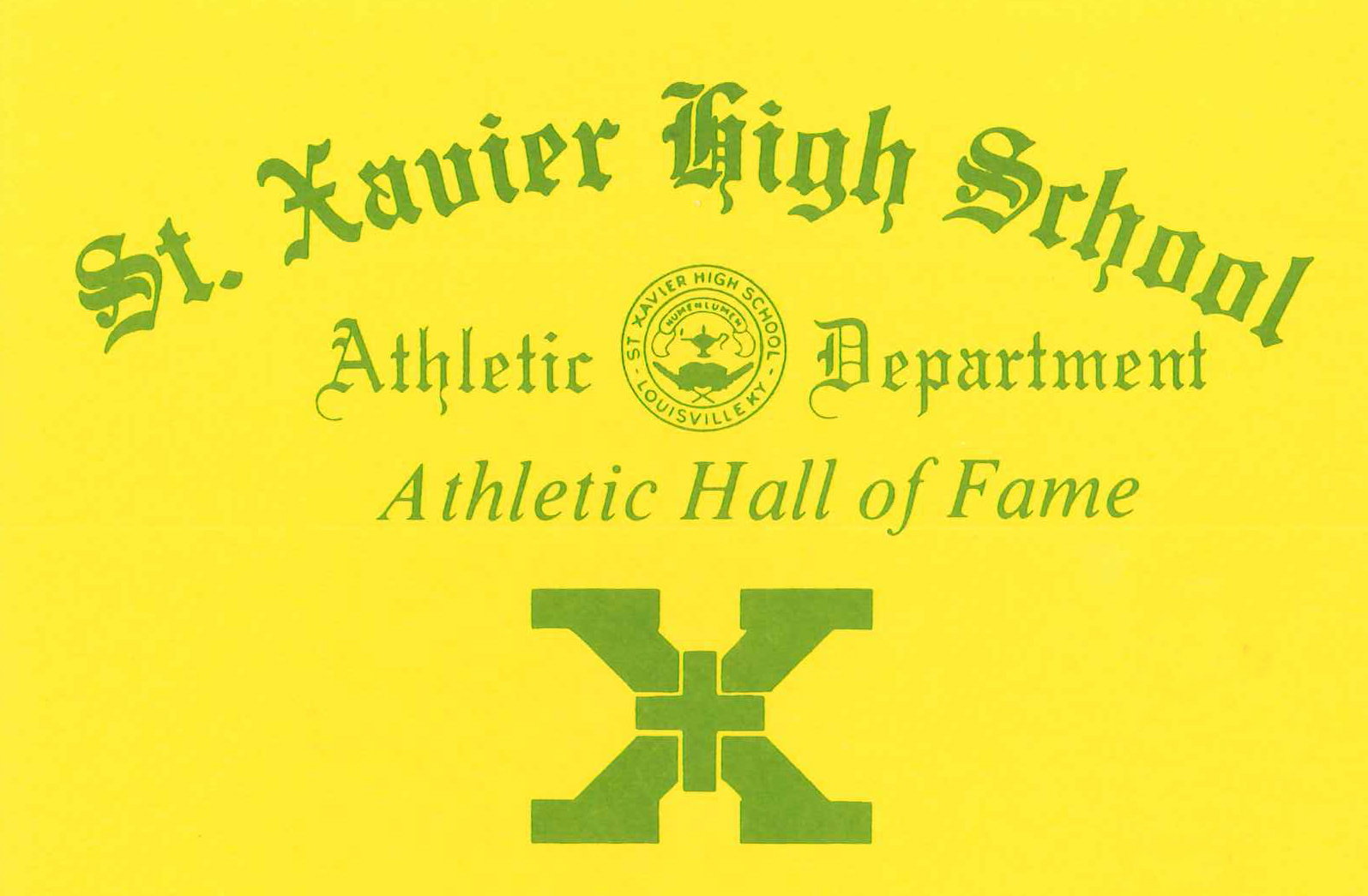 Since the inception of St. X Athletic Hall of Fame in 1983, there has been a total of 125 inductees for their accomplishments on the gridiron. 112 players, 4 coaches and 9 who both played and coached for the Tigers. #TNG

In the lowest scoring game in KHSAA history, senior kicker Will Fishback delivered the game-winning 30-yard field goal to clinch to 3-0 win over Boone County for the 1992 state championship.

St. X set a program record with 14 wins in a season. #TNG