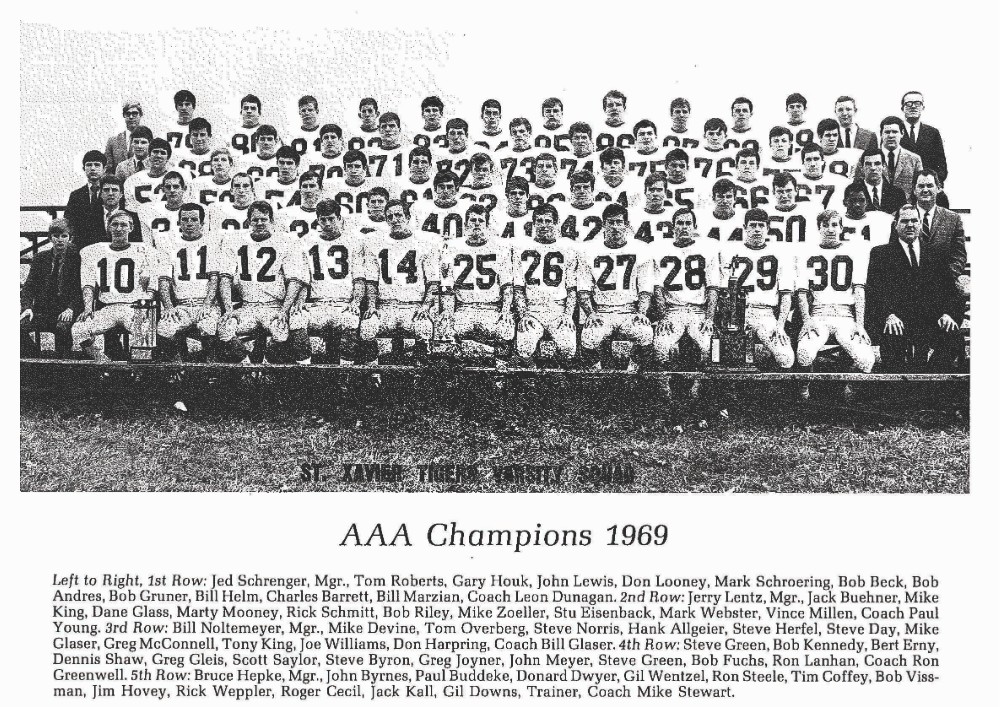 In 1974, for the first time ever, St. X and Trinity met twice in the same season. The Tigers shut out the Rocks in both meetings.

Senior Beanie Erny’s first successful field goal – and only his third attempt – of the season gave the Tigers all they needed to claim the 3-0 win over Trinity in the 3A Region final. The victory ended Trinity’s two-year reign as 3A champion.

Since 1974, the rivals have met two times a year 22 times and the Tigers have posted 6 total shutouts against the Rocks. #TNG

Rookie coach Bill Glaser guided the Tigers to the program’s fifth state championship in 1974 with a 48-14 win over Westport.
St. X finished the season with an unblemished 12-0 record. Westport was the only team who scored more than seven points on the Tigers. #TNG

St. X has played in 12 overtime games since the inception of the rule in 1975. The program set a state record for most consecutive overtime games (3) in 1994. The Tigers are 7-5 overall in OT. #TNG

With under a minute left, St. X players Carl Marrillia, Bob McIntyre and Mike Pfeiffer tackled the Trinity punter in the end zone for a two-point safety to seal the 11-10 victory for the Tigers in 1975. The bad snap and quick reaction of the Tigers secured St. X’s 4th straight win over the Rocks. #TNG
DAY 54 (June 24)
St. X blanked Ashland, 20-0, to claim the 1975 state championship. The program closed out the 1975 campaign with Kentucky’s first 4A state title and a school record 13th win of the season. Coach Bill Glaser made school history with back-to-back state titles and an undefeated record in his two years at the helm. #TNG

Mike Stewart, Honorary ’81, was named to succeed Bill Glaser as head coach in 1976. Stewart served as an assistant football coach for the Tigers from 1969 to 1973. 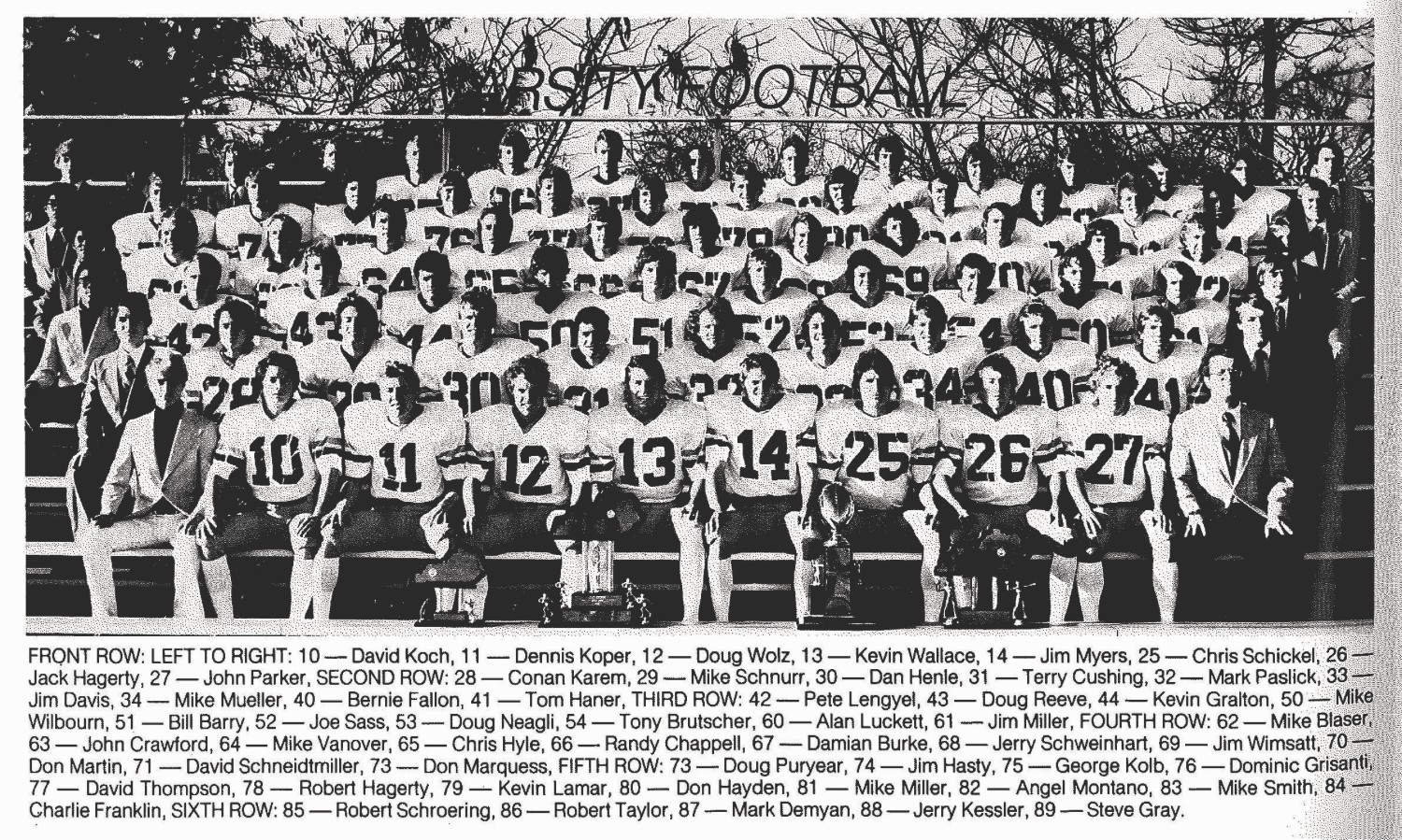 The ’78 squad, despite having only two returners from the previous season, defied all odds and finished 13-2 en route to claiming the 4A state title with a 42-21 win over Tates Creek.

The Tigers set a state record for most points scored in a championship game. #TNG

Mike Glaser ’70, the program’s 16th head coach, debuted in 1982. He was the longest tenured coach in school history, spending 31 seasons as the leader of the Tigers.