The Tigers are no strangers to playing on national holidays. Beginning in 1920, St. X would play on a game on Thanksgiving Day. The Tigers played 8 different opponents during the 30-year turkey day tradition. The Tigers last played on Armistice Day in a 2011 postseason game against Male, St. X won 56-10. #TNG 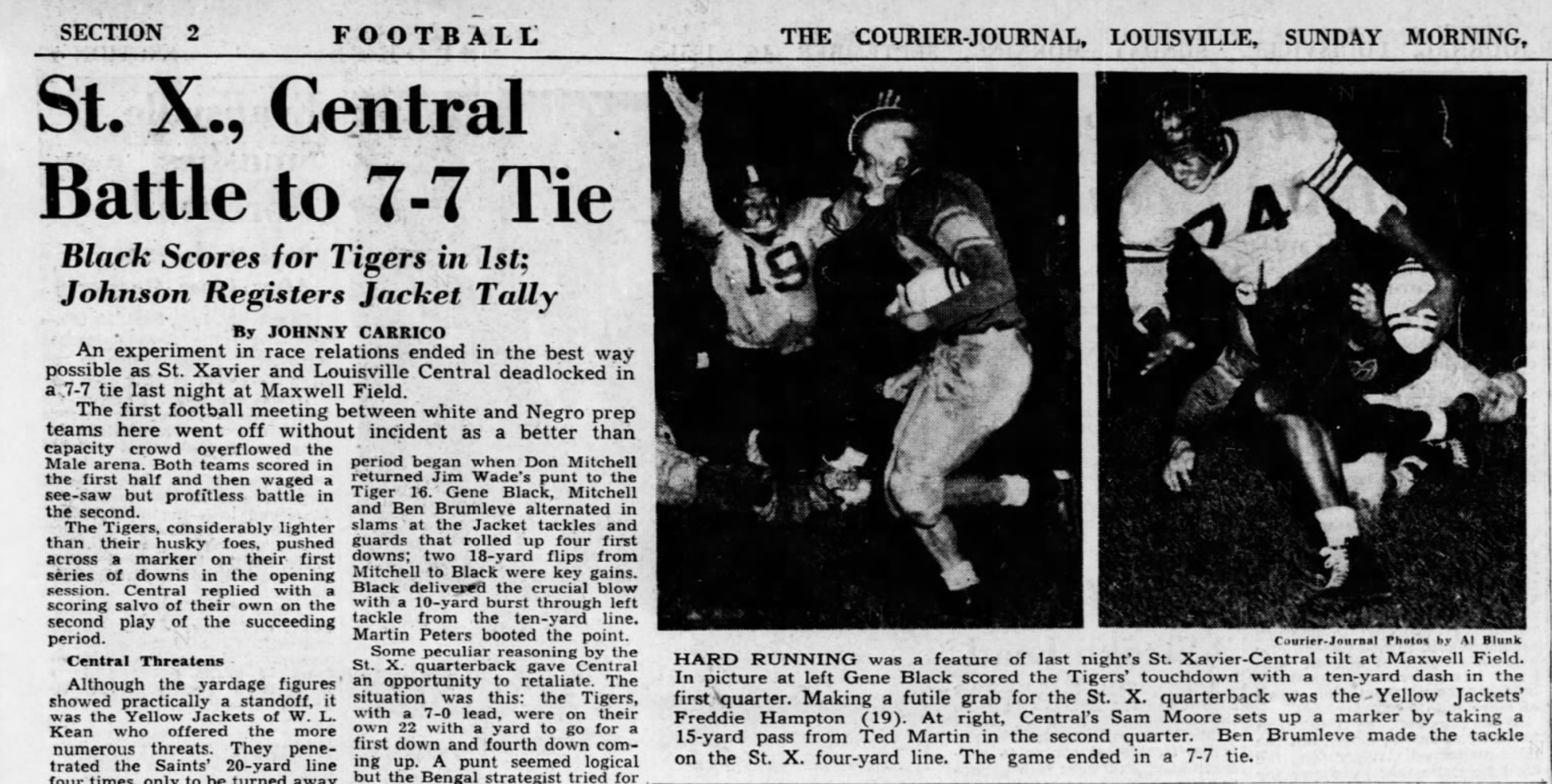 September 15, 1951 marked Louisville’s first football meeting between segregated schools; the game ended in a 7-7 tie. Brother John Joseph and Central’s AD W.L. Kean were well received for taking a big step in breaking down the racial barriers that existed during that time.

The two teams have met 38 times since with the Tigers leading the series 35-1-2. #TNG 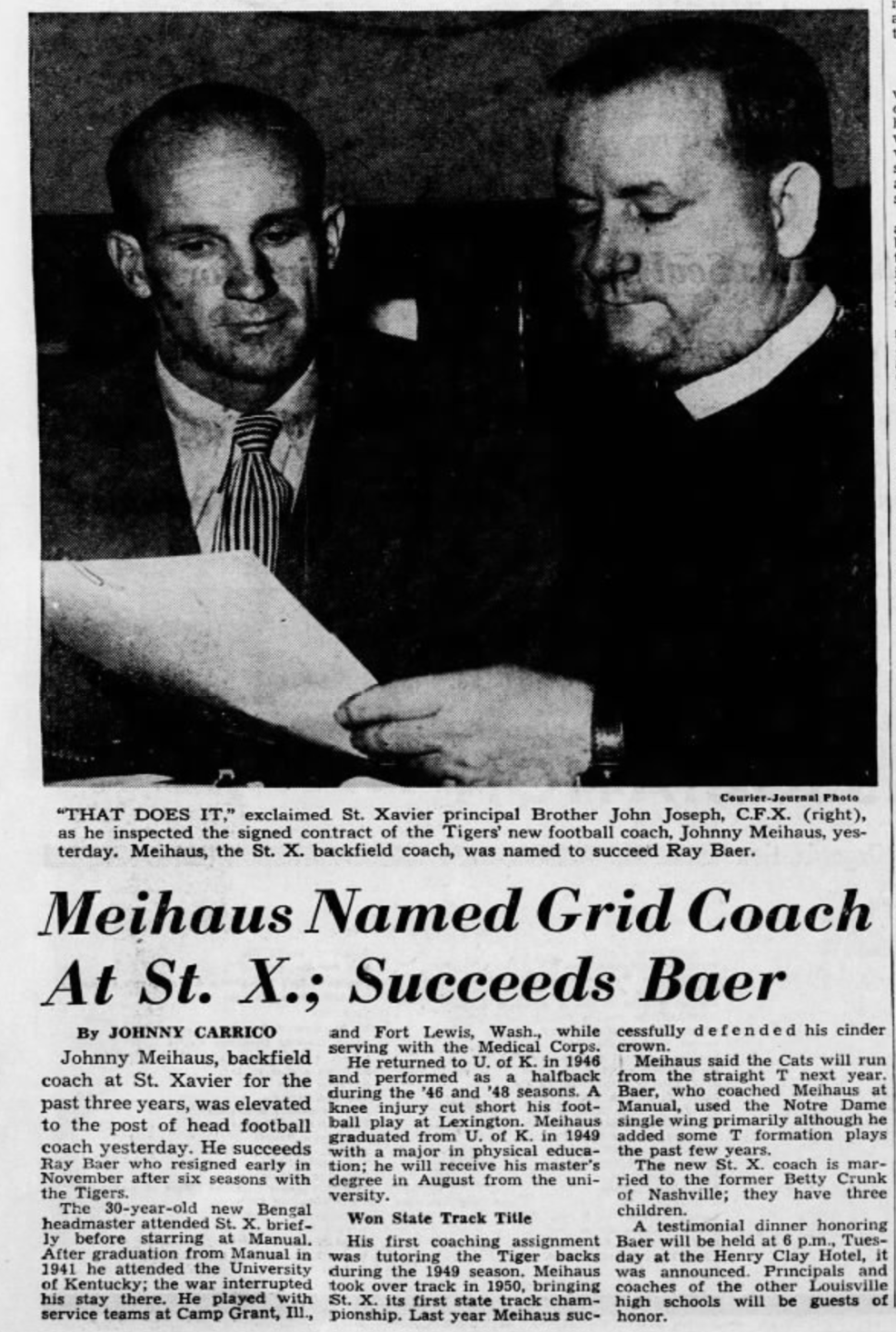 The Johnny Meihaus era began in 1952. Meihaus led the Tigers for 17 seasons, the second longest tenure for a football head coach in school history, compiling a 118-47-8 overall record. He is a member of the Kentucky, Manual and St. X Hall of Fames.

Several firsts happened during the Meihaus era, but more on that later…#TNG 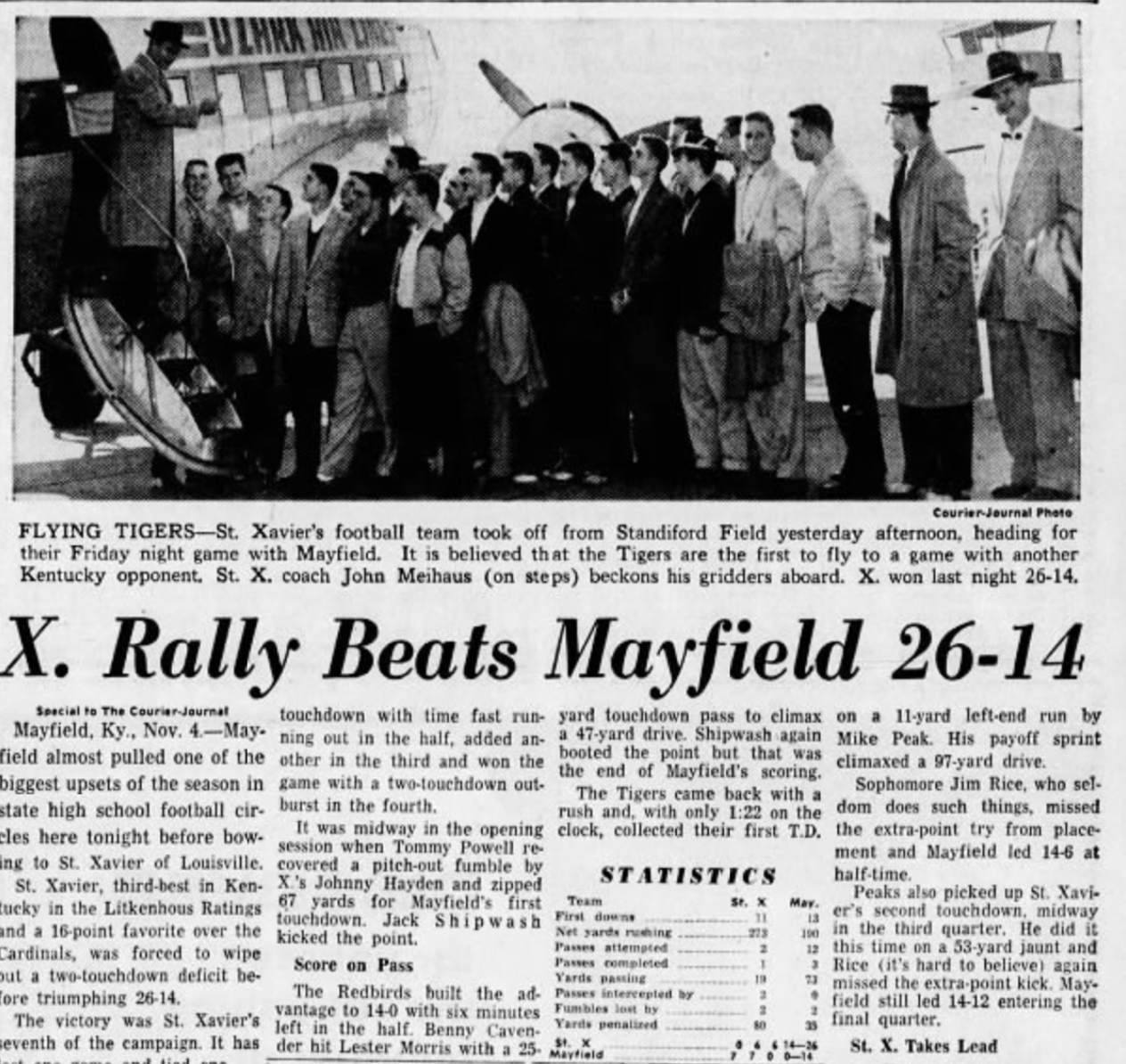 On September 9, 2006, former St. X and University of Tennessee football player, Rudy Klarer ’40 had his No. 49 retired along with three other Volunteers who were killed in action during World War II. Rudy was a key member of the 1943 Sugar Bowl win over Tulsa.

He received the Silver Star Medal, posthumously, which is the third-highest personal decoration for valor in combat. #TNG

Meihaus’ squad tallied nine straight victories before dropping a 12-7 decision to Male in 1953. The nine consecutive wins and 10-1 season finish both marked school records in the program’s 35-year history. #TNG 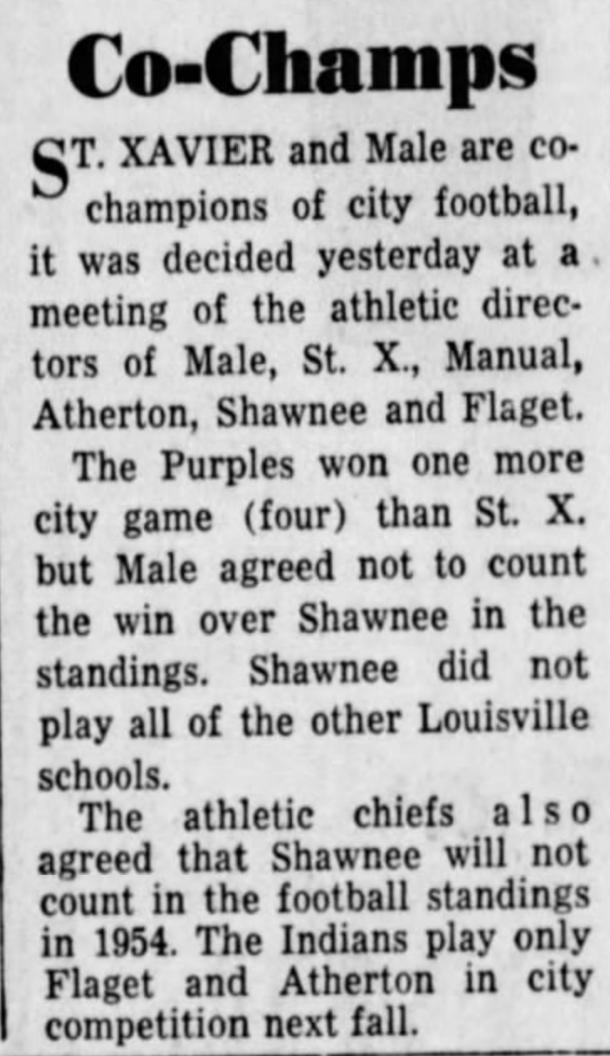 For the first time in school history, following a 10-1 season, St. Xavier was named City Co-Champs in 1953. Meihaus’ Tigers would go on to win the city title four more times during his 17-year tenure. #TNG

The No. 1 ranked Tigers rolled over Newport 52-7 to win the inaugural Expo Bowl in 1956, clinching the first state football championship in program history.

Thus St. X completed its first unbeaten season finishing 10-0-1. Only a 0-0 tie with Roger Bacon kept the Tigers from a perfect record. Meihaus earned Coach of the Year honors. #TNG

The ’57 squad, despite not being picked as a top team, proved doubters wrong by clinching the City and State titles for the second consecutive season. The Tigers swept through the season with a 10-0-1 slate, the 30 games without a defeat set a state record.

The St. X-Trinity rivalry began in 1956. The two schools, a mere six miles apart, have met annually for the “biggest high school football game in the country.” “The Game” averages more than 30,000 fans in attendance. #TNG