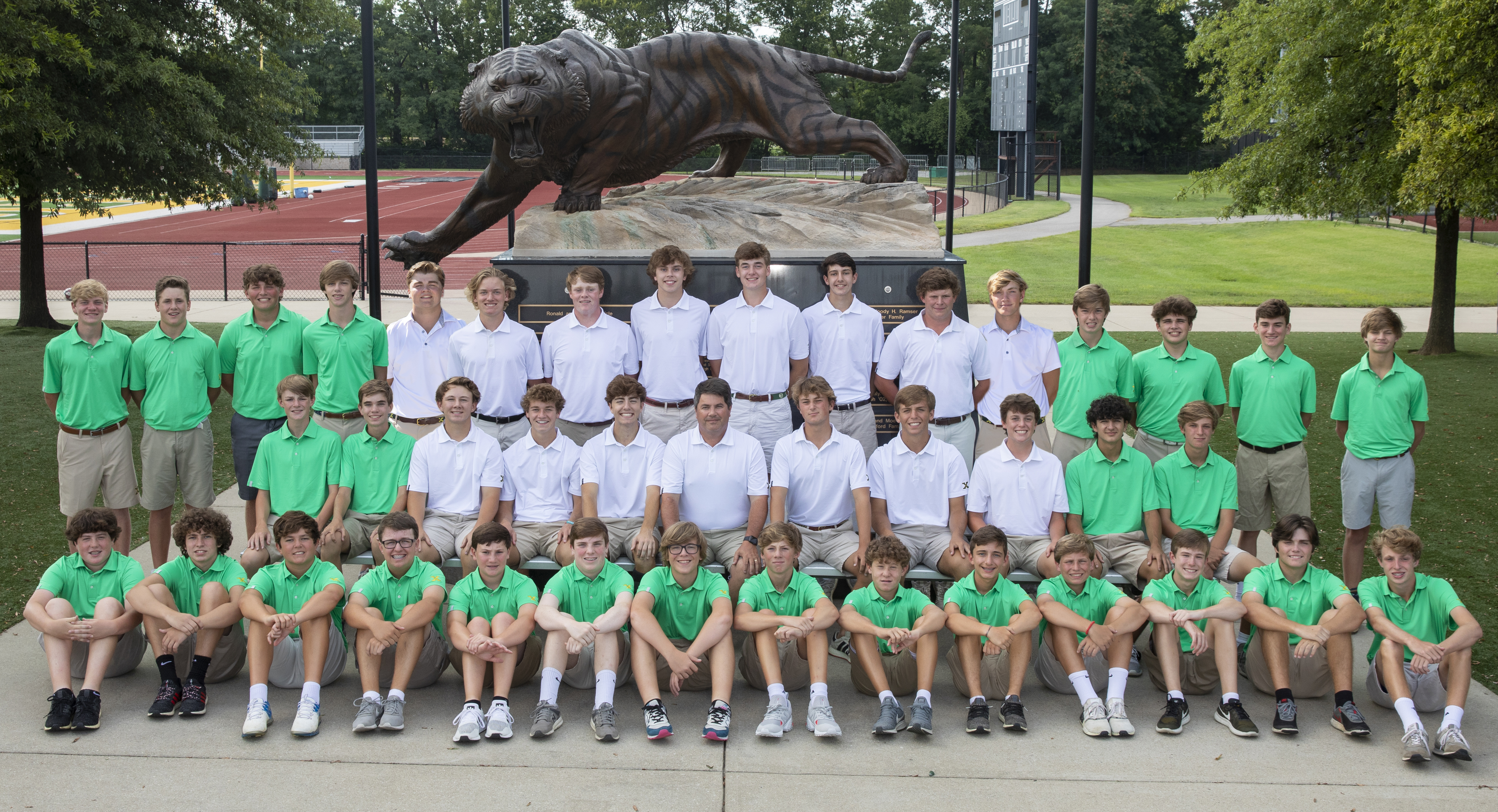 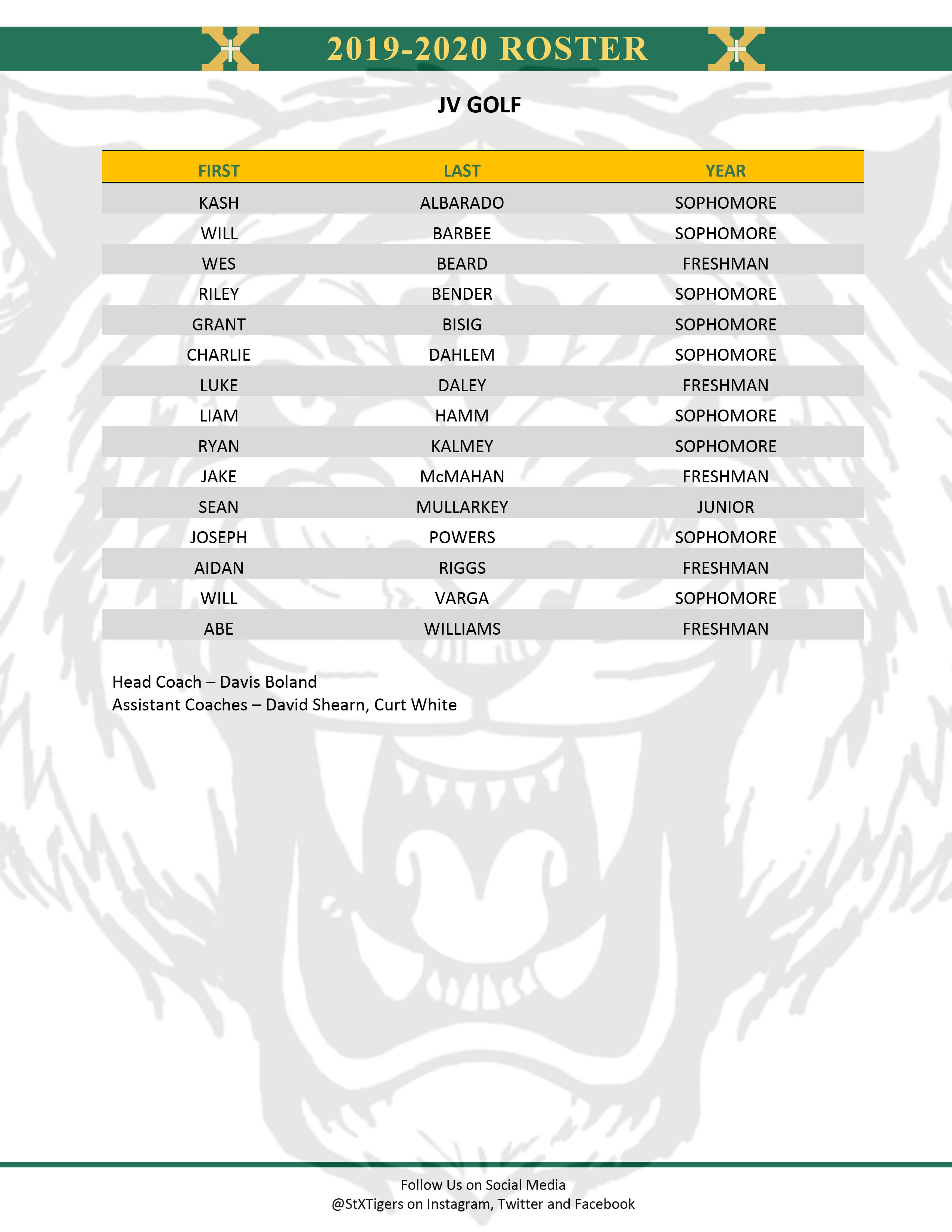 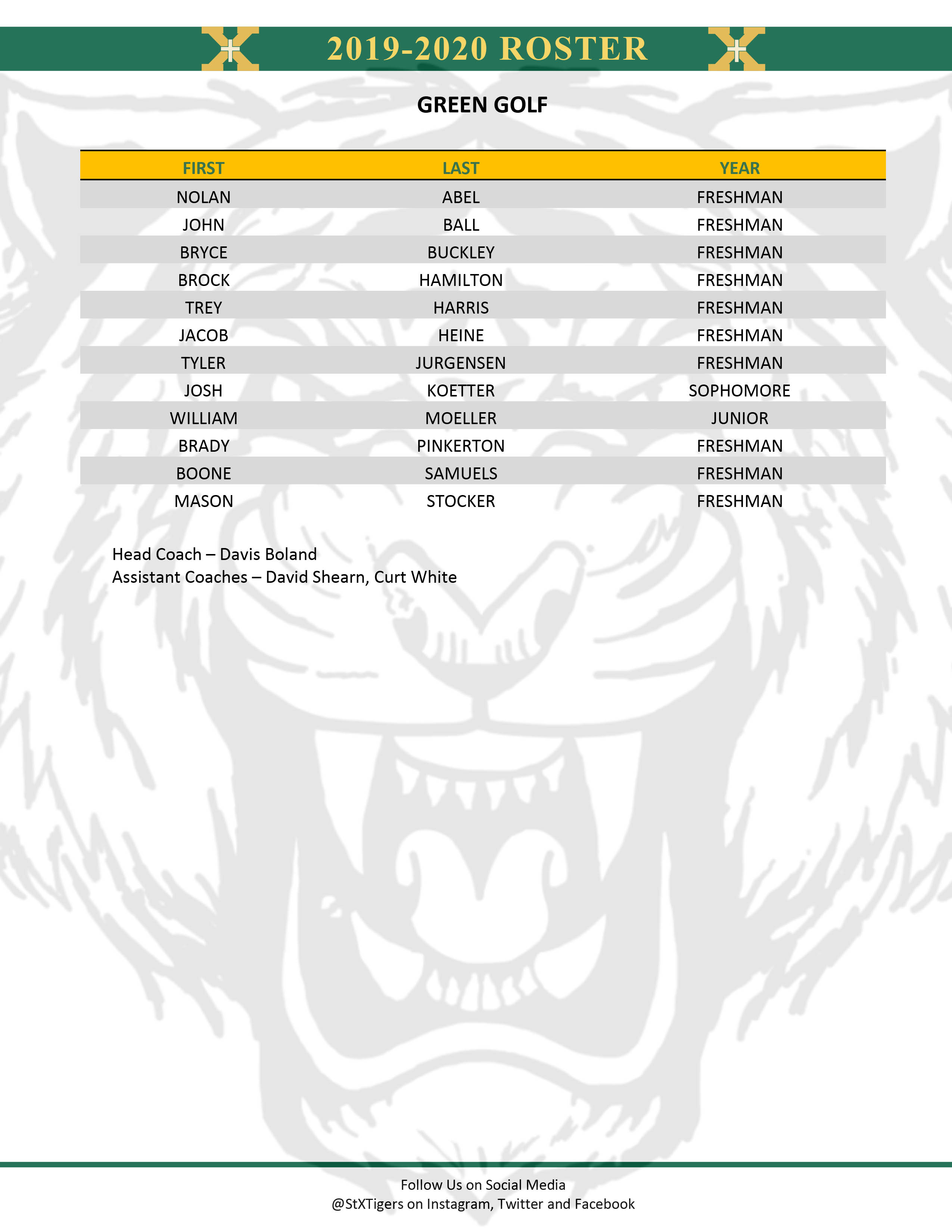 Davis is starting a new chapter of the Saint Xavier Golf Team. Along with his assistant coaches, he wants to continue the success and tradition of the golf program that the coaches before him have developed. In his words, “Our goal is always to win another state championship, but even more so it is to allow the young men to be better at the end of the season than they were at the start.”

Davis, a four-year member of the Tiger Golf team, graduated from St. X in 1989 and earned a Bachelor of Arts degree from the University of Dayton and his MBA from Bellarmine University. While a member of the Flyer golf team, he earned first team All-Conference honors twice. Additionally, as an accomplished amateur player on the local, state and national scene, Coach Boland brings a wealth of golf knowledge and a keen competitive spirit to his role as the leader of the program.

Coach Boland believes that playing for St Xavier is a great opportunity that comes with the responsibility of representing yourself, your teammates and the St. Xavier community. He wants each young man to take on the role of making himself better in all that he does and to become an advocate for his individual success, as well as the team’s success.

Davis currently is a realtor with Louisville Fine Living Realty. Davis and his beautiful wife, Erika have three children: Davis a freshman at The University of Alabama, Grant a junior at St. X, and daughter Eliza.

With four players returning from a Region Six championship and a runner-up finish at state, the 2018 Tigers are expected to once again compete for the state title. The Tiger program will need to once again develop the young talent on the team to take on the leadership roles of the departing seniors.

The Tigers will look to returners Drew Doyle, 2017 KY Mr. Golf and 2018 KY Second Team All-State, Campbell Kremer, 2017 and2018 KY First State All-State, along with Benton Willams and Robbie Bender for leadership and experience. However, there are a number of talented players who have developed over the last year that will be competing for a spot in the top 5. Seniors Patrick Brooks, Andrew Flynn and Bryce Beard and Sophomores Jackson Finney and Riley Benderare just a few of the young men who will be fighting for those top 5 spots. There is a great deal of talent on this St. X team that will allow the Tigers to make a strong run at another state title.

Since the KHSAA sanctioned its first golf championship in 1935, the Tigers have proven to be the gold standard for excellence and tradition throughout the Commonwealth. Beginning with the first state championship in 1951, the golf program has established a legacy of championship success that is second to none. With 13 individual winners and 21 team titles, Saint Xavier golfers have consistently proven themselves to be the most dominant program in Kentucky