I would like to welcome you to the Saint Xavier High School Swimming and Diving Program. Our program, the most storied in the state, has captured fifty-four Kentucky High School Athletic Association team championships in its illustrious history, the most by any high school program in the nation. In addition, the current streak of 31 consecutive also ranks among the nation’s best. This proud tradition is everyone’s responsibility and a unique opportunity for any young student looking to be a part of something special during his high school experience.

Our program is not only about winning championships, but more importantly focuses on the “big picture.” Our Swimming and Diving program is about goal setting and personal development. If you have any questions regarding our program, please feel free to contact me by email or office phone. Go Tigers!

“St. X Swimming and Diving has made such a difference for my son. Beyond all the State Championships, national recognition and success, this is a program where EVERYONE is welcomed, encouraged and able to excel in the pool and in the classroom.”

Todd Larkin is entering his 12th season as Aquatics Director and Head Swimming & Diving Coach for Saint Xavier High School. Under his direction, the Tigers have continued their streak 32 consecutive state championships, establishing St. X as one of the elite swimming programs in the nation. In 2010, just his first year as Tiger Coach, he received the National Federation of High School Associations Coach of the Year Award. Coach Larkin is a 1986 graduate of Saint Xavier, where he was a four-year varsity letterman and co-captain of the 1986 team. He currently teaches Business Education and Personal Finance.

Before taking over the leadership of the St. X program, Coach Larkin spent 16 years as a coach in two USA Swimming programs as well as time at both Shelby County and Assumption high schools. For 10 years he was the Head Age Group Coach for the nationally ranked Lakeside Seahawks Swim Team. Through his career, Coach Larkin received the American Swim Coaches Association Coach of the Year Award in 1996, 2005, 2008, and 2009. 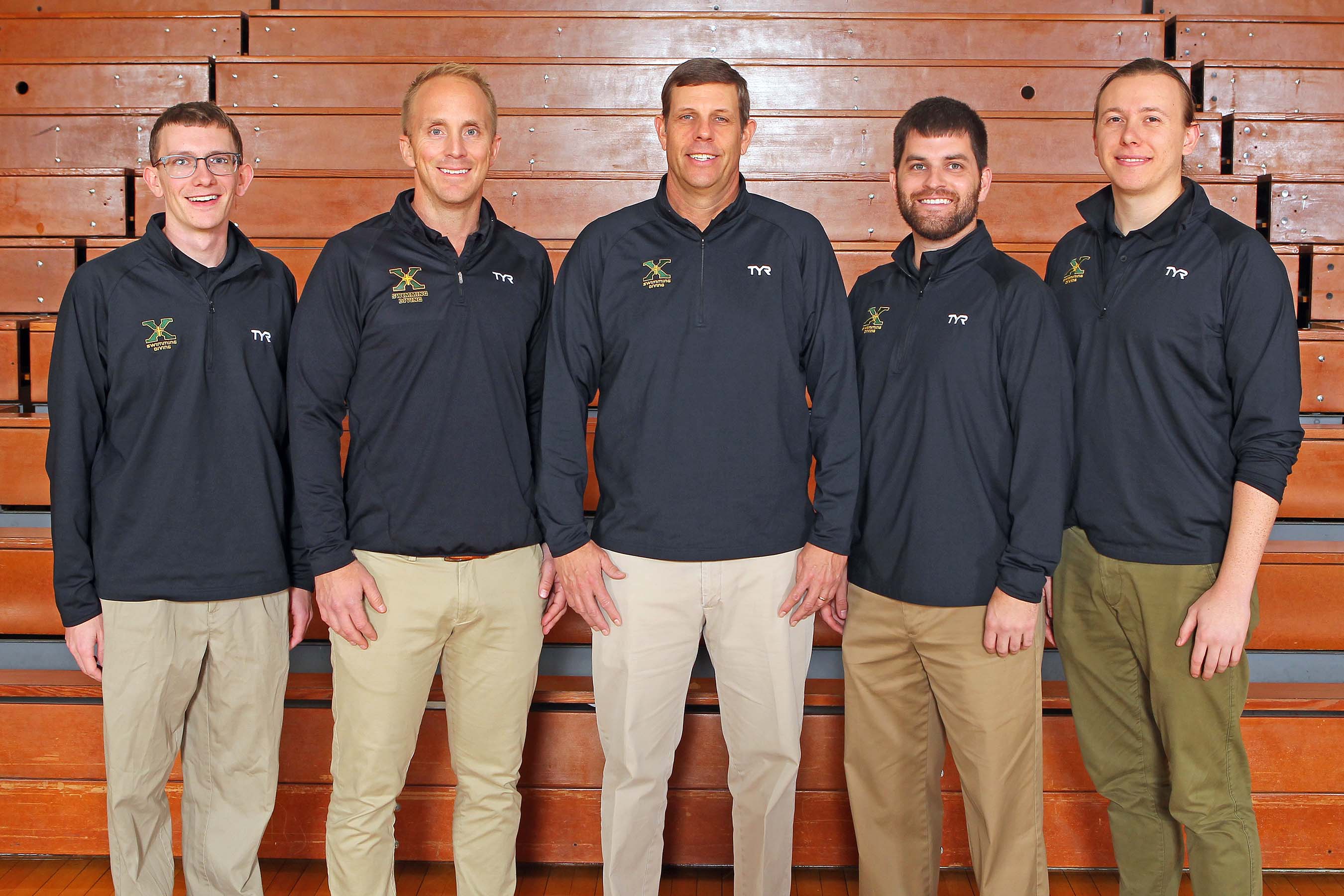 The selected team was not found