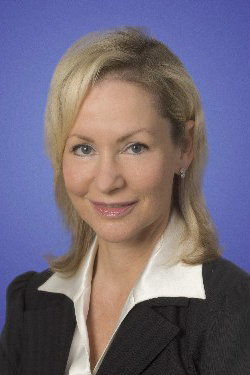 Dr. Rebecca Booth is a wife, mother, gynecologist, author, and entrepreneur who credits Saint Xavier High School with her greatest education. She began her service to St. X in 2008 as a member of the Advancement Committee and served nine years as a member of the Board of Directors. During her tenure on the Board, Dr. Booth was instrumental in enhancing recognition for annual donors, specifically members of the St. Francis Xavier Society. The signature St. X pin worn by members of this group was her brainchild and is still a distinguished adornment for this special collection of benefactors.

Professionally, after delivering many future Tigers, Dr. Booth now focuses her practice on optimizing health for women and co-manages Women First of Louisville. It is the largest independent OB/Gyn practice in Kentucky with 90 employees and 24 health care providers. As a team, they care for 350 to 400 women each day.

Dr. Booth has gained recognition as the author of the book The Venus Week, Discover the Powerful Secret of Your Cycle...At Any Age (DaCapo Press, 2008) which has been published in four languages. Dr. Booth has appeared on The Today Show, CBS.com, SiriusXM Dr. Radio and numerous local affiliate media outlets as an expert on hormonal vitality. She has been quoted in magazines and newspaper articles including: O: The Oprah Magazine, Shape, Redbook, Seventeen, Natural Health, and others. She has also contributed to leading blogs on topics that include preventative health care for women, menopause, and hormonal management. Dr. Booth has been repeatedly named in Louisville Magazine as one of Louisville's "Top Docs," as well as one of Louisville's most cutting-edge doctors.

Rebecca is married to Stephen Savage, M.D., St. X Class of 1973, and they have two children, Patrick Savage, Class of 2012, and Michelle Savage, Sacred Heart Academy Class of 2013.